We’ve all seen them, we’ve all done them – the ubiquitous “I was here” photo, consisting of a landmark, your tilted face, and a portion of your arm that you just can’t seem to crop out. There’s nothing wrong with wanting to catalogue the fact that you have seen something noteworthy, but before you go out and purchase the selfie stick, consider these other options for capturing your memories.

You can always differentiate from standard postcard photos by taking a photo of a landmark from a particular view, like this one of the Hofburg, in Vienna. 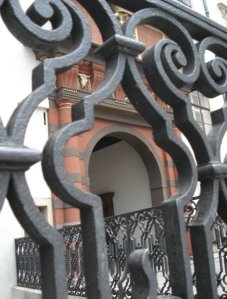 Sometimes, human awe itself is amazing. When I’m seeing a spectacle that has captured the attention of others, such as the sunset in Santorini, I like to turn around and take a photo of the people watching it, rather than just a photo of the event itself. 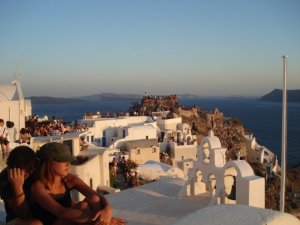 My brother has an album of doing headstands around the world. I resolved the need for selfies by taking photos through my iron ring –  my engineer’s ring that is always on my pinky finger. Since 2008, I’ve curated them into a unique album of the world as seen through the eye of an engineer. I try to pick obvious landmarks, like the Sydney Opera House. Friends have a good time playing ‘where in the world’ whenever I post new pictures on social media. 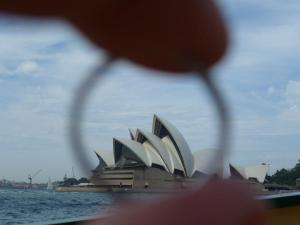 Have a signature pose that’s actually a dance? Then do what Matt Harding did. Enough said.

Even if you don’t know how to draw, you can learn. Taking the time to sketch allows you to get a deeper sense of the texture of a place. Drawing is not my strong suit, but I thoroughly enjoyed spending the time trying to sketch my view from a little café in the medieval town of Entrevaux, France. 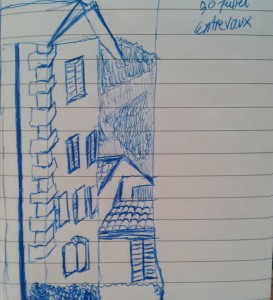 Any other creative ideas for capturing your travel memories?